It's no secret I love wearing animal ears. 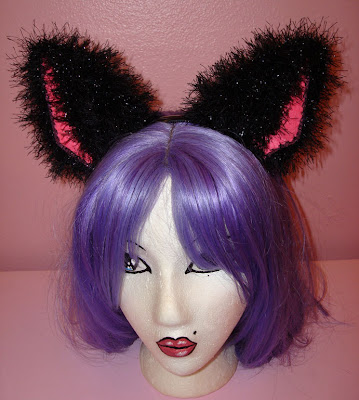 In my opinion these look better than fake fur ears.
These ears are large and in charge. Great for furries, cosplayers, and
anyone that wants great ears. 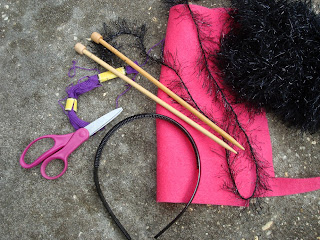 Gauge is not important to finished project. How ever if your ear comes out over 5 inches wide you may want to use a smaller needle.

Why such a specific yarn? I have found that most eyelash yarns are too heavy when knitted to allow ears to stand up perkily. Not only is Yarn Bee's Gilt Eyelash lightweight it also has a glorious glitter twinge to it. I only wish my Hobby Lobby sold it in all the colors available.
One skein can make several pairs of ears. 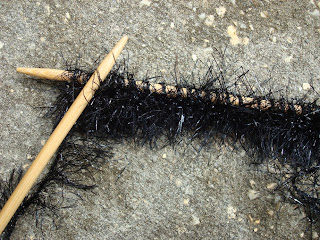 Lining:
Lay finished ears on felt and cut loosely around.
Trim ear linings so they are somewhat smaller than the knitted ear.
Sew lining to ear and slightly fold to create the "animal ear" shape.
*Optional, before sewing ears into shape line outside edge with sharpie marker. 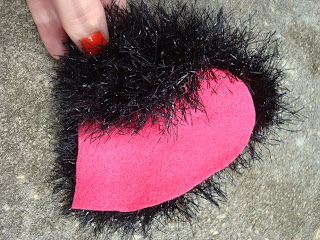 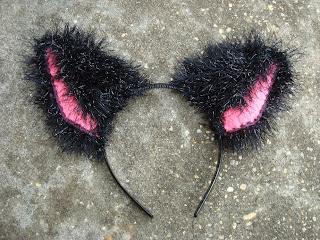 Fold as much or as little as you want.
Position and sew to headband.

Make these in any color! 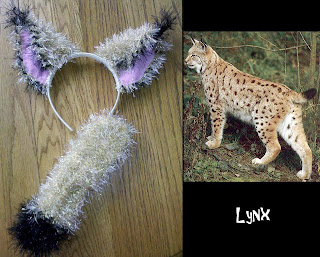 This was part of my Halloween costume.
Tail patterns coming soon.

Do not distribute or publish this pattern in any other form. If you like this pattern and would like to share please link to this blog.

Promote Your Page Too

Looking for something special?

You may make and sell items made from my patterns but please give credit to the blog for the pattern.